Money Muscle — The Secret, Finest Part of the Butt. Let’s Find it!

The ‘money muscle’ is a hidden gem in the butt of pork that competition cooks have known about for years. It is tender, delicious, and arguably the very best bit. Learn where it is, how to get at it, and how to carve it out in this guide. 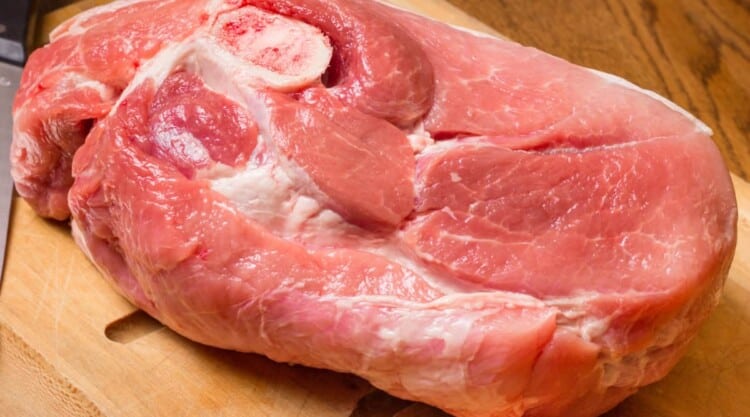 If you’re a fan of barbecue competitions, you may have come across the term ‘money muscle.’

The usual explanation of “because that’s what earns the money’ is a little vague. Scouring the butcher diagrams in vain, you begin to wonder if someone made a typo or if you’re not hearing correctly.

As it turns out, the money muscle isn’t a cut of meat, it’s more a carving of a cut — A piece of the pork butt.

In this article, we’ll discuss the origin of the name, where to find it on the butt, and how to isolate and prepare it, much as they do in competition cooking.

Where Does It Come From?

The MM is taken from the end opposite of the bone. Looking at an image of a pig, it’s right before (some say it’s a part of) the loin. It’s shaped like a tube and has striations and stripes of fat running through its length.

The MM is a relatively small part of a butt as demonstrated in the following video by Damon Holter, of Fired Up Grill. (There are some helpful tidbits of info in there if you’re considering entering a competition.)

Because it runs the length of the butt, it’s also called a pork collar. Some refer to it as the tiger muscle because of the striations (stripes) of fat running vertically through it. And its scientific name is multifidus dorsi. You may even hear it referred to as a faux loin or a meat log.

Remember that the pork butt is the upper shoulder of the pig.

Because it’s a load-bearing muscle, it contains a lot of connective tissue, making it a tough piece of meat to manage which can only be redeemed by low-and-slow cooking.

But what makes the MM a competition winner, and according to many, the best part of the butt, is its high fat content.

The melting fat renders this part of the butt succulently tender and flavorful. Small wonder this is the judges’ favorite and the best representation of a good smoked butt.

How to Carve Out the Money Muscle

The competition rules say the MM must remain attached to the butt during the cooking process. To get as much of the surface exposed to the heat, so it develops a nice crust, expert competitors will carefully cut away until the MM remains attached to the butt by the smallest amount of meat as possible.

How the meat is trimmed is important. A sharp knife is essential.

The MM is tube-shaped; some dexterous knife-work is needed to shape it up. As noted in the video, follow the fat line, and trim some of the fat on the outside to expose more of the meat to the fire.

What If I Don’t Care About Competition Displays?

If you’re not competing, you may want to completely cut away the MM because it does cook faster than the rest of the butt.

Its doneness temperature is 180° F, compared to 195° F for the butt in general. Served up in medallions, it makes a nice presentation.

Although some will shred it along with the rest of the butt, by then it will be overdone. Because the texture and taste are different from the rest of the shoulder, the MM is worth serving on its own — sliced, not shredded.

You may even find the MM sold by itself. Search carefully; what some refer to as the collar is from the neck of the pig instead of the shoulder. The distinction can blur since the MM lies between the neck and the loin, at the top of the shoulder.

If you search by its more high-brow name, pork collar or neck fillets, you’ll find a whole new world of cooking options like:

Lastly, the money muscle is where the Italian air-cured meat coppa, with its pretty marbling, comes from.

The Next New Thing?

In a 2014 article, Kristen Baughman at Gadaboutfood questioned whether pork collar is the next in-demand food.

Many restaurateurs and grilling competitors will enthusiastically say YES, but almost four years later, many are still asking, “What’s a money muscle?”

We hope this article has inspired you to view this remarkable muscle as the best of the butt, able to hold its own against tenderloins.

Please share your money muscle experiences in the comment section below, we’d love to hear from you.

How to Store Charcoal? Does Charcoal Go Bad? And Best Storage Containers

BBQ Myths Debunked — 41 Things You Thought You Knew About BBQ