Pork Cushion Meat Guide — What it is, Where it’s From, How to Smoke it

When you think you’ve finally cooked it all, along comes a “new” cut to surprise you! It’s a bargain cut with flavor to spare that’s always overshadowed by its more famous neighbor on the pork shoulder. No more! It’s time to introduce you to pork cushion meat, and show why we love it. 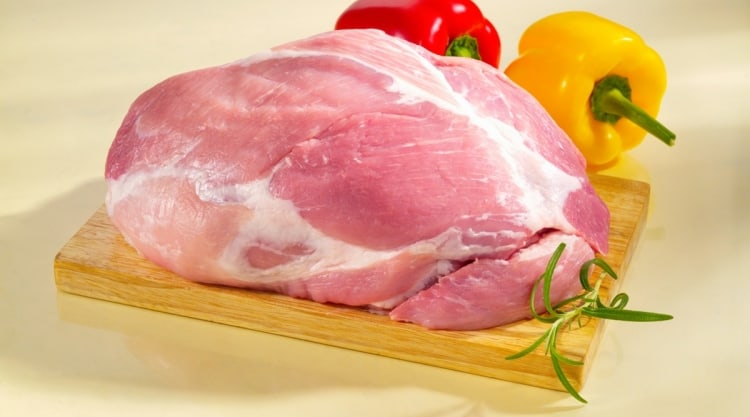 After introducing pork cushion meat, what it is, and where to find it, our step-by-step guide will teach you how to smoke it to perfection.

In a very fine animated film you may have seen (and if you have kids of a certain age, you may have seen it a lot), one of the lead characters’ motto is, “Adventure is out there!” For the avid barbecuer, “out there” is the butcher’s counter.

There are more cuts of meat than you can shake a long-handled serrated metal spatula at, and each one has its challenges — and its tasty rewards.

Today, I’m going to expand your repertoire to include pork cushion meat, a low-cost, high-return cut that you may not know about.

First, I’ll explain what it is and where it comes from on the pig, plus what sets it apart from the other cuts nearby. We’ll talk about how to buy pork cushion meat, including cutting your own from … well, I won’t give that away here!

I’ve also got a step-by-step guide to smoke pork cushion meat, and suggestions for other uses for this delicious and economical cut.

Ready to put some new pork on your fork? Then, let’s get this culinary adventure started!

What is Pork Cushion?

Though it sounds like a pig-shaped pillow, a pork cushion is actually a delicious, mid-sized cut taken from the picnic shoulder, a primal on the front legs of a pig.

I know it can be difficult to think of a “shoulder” on a quadruped — try to picture a pig in a bipedal position, and it becomes a lot easier.

Once the butcher separates it from the shoulder, the cushion is roughly triangular and weighs about 2 to 3 pounds. It really looks like a small pillow.

There’s a good bit of connective tissue in a pork cushion, but it’s boneless, making it easier to carve or shred.

Both cuts come from the shoulder primal of the pig. However, the butt is higher on the limb, up near the shoulder blade. The cushion is lower — immediately below the butt — and more on the leg.

Pigs don’t work out the butt area too much, so it’s naturally more tender than the cushion and with nice marbling. Cushion gets more use as a muscle, leaving it denser than the butt and with less fat in the muscle.

The butt is a larger cut, too, weighing in at roughly 5 to 7 pounds, on average, versus 2 to 3 pounds for a pork cushion, and may be sold bone-in or boneless.

The most popular way to cook either cut is low and slow between 225 °F and 250 °F. However, because there’s more intramuscular fat in the butt, you can cook it to an internal temperature of anywhere from 180 °F to 205 °F and be sure it’ll be tender inside.

For pork cushion, you’ll need to shoot for the upper end of that range, about 200 °F to 205 °F, to ensure you’re not chomping forever on a tough piece of meat.

You can use either cut as a whole roast, but pulled pork is probably the number one use for pork butt and pork cushion.

How to Buy it

If your favorite grocery store has a decent butcher’s counter or meat section, you can probably pick up a Boston butt no problem. You’re less likely to find pork cushion, however. Be sure to ask, though, just in case. They may even be able to cut one for you.

Failing that, try a dedicated butcher shop — you can usually get anything your grilling heart desires from a good one. Even at that, you may have to request a pork cushion; I checked several nearby butchers, and not one had cushion on the website, though most said you could order any cut.

If you don’t have a butcher handy or can’t get to one because of … oh, let’s say a worldwide pandemic … you can order pork cushion from online retailers. When you’re searching, check for “pork cushion meat” specifically, to get the most results.

Think you have knife skills? You could buy an entire shoulder or picnic shoulder and separate the pork cushion yourself. You’ll get to enjoy the tasty cushion, but also lots of other great meat for smoking, braising, or using in stock.

Here’s a quick video showing how to butcher a pork shoulder for commercial sale. Skip ahead to the 90-second mark to see the deboning process and approximately where the cushion is.

How to Make Pulled Pork from Pork Cushion

Other Uses for Pork Cushion

As yummy as pulled pork is, pork cushion meat is more than a one-trick pony. Here are our top suggestions:

Pork cushion is tender and tasty enough to roast whole and serve by the slice.

Here’s a money-saving way to enjoy pork chops — carve your own from a pork cushion!

Cut them off and cook them as you usually would. I can’t lie, though; they will be a bit chewier than a traditional pork chop, but the flavor is all there.

You could opt to tenderize your chops with a meat hammer. Beat them into cutlets, very thin cuts of pork, and grill ‘em up. Or, you can coat them in breading for frying and make your very own schnitzel.

I lumped these all together because they start with s. It’s a writer thing, sorry.

Roast your pork cushion and cut it down into small cubes, no more than 1-inch. Add them to a thick stew or vegetable soup and let them simmer. Not only will they boost the flavor of the soup or stew, but they’ll also become even more tender.

For stir fry, you can cube or slice the raw cushion into strips before cooking in a skillet or wok. They’re awesome for Asian-style dishes, fajitas, or tacos.

The great thing about giving pork cushion meat a try (aside from the taste!) is that it requires just a small investment of time and money on your part. Once you’ve tried it, I’m sure you’ll love it — I predict many pulled pork sandwiches in your future!

Could pork cushion meat be your next go-to for the smoker? Let us know if you’ve tried it and what you thought. Share it through email or leave a comment on our social channel.

Thanks for sharing your day with us!

Money Muscle — The Secret, Finest Part of the Butt. Let’s Find it!

Best Wood for Smoking Pulled Pork — Including What Experts Use

How to Reheat Pulled Pork — Keeping it Moist and Delicious