The Stall — What is it? Why Does it Happen? How to Beat it

Learn all about the stall in BBQ, the science behind it, why you shouldn’t hate it, and how to get around it if you so desire. In a short reads time, you will know EXACTLY what’s happening and be guided through wrapping at the right time to cut down on cooking time dramatically. 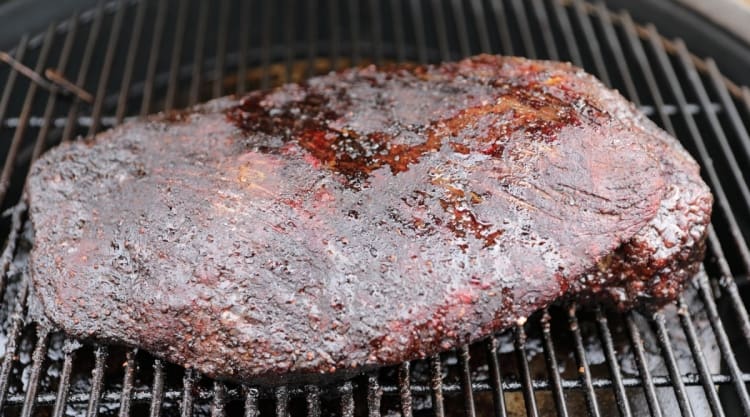 In this ultimate guide to the stall we answer all your questions including: What is the BBQ stall? What causes it? Can it be avoided, dodged, or minimized?

They say a watched pot never boils. This is, of course, not true — unless you forgot to turn the stove on. The point is it always feels like anything you’re waiting patiently for is never going to happen. Like expecting a package in the mail, or counting down to the first day of your vacation.

This feeling is all-too-familiar to anyone who likes to barbecue low ‘n’ slow or has a smoker. Whereas you can take a burger or steak from counter to grill to plate in mere minutes, something big like a rack of ribs or a brisket can be an all-day affair. Sure the results are worth it, but the anticipation is sweet agony.

And, just when you think you’re getting close to dining on succulent meat, it happens. The stall.

I have no data on this, but I’m sure the BBQ stall has caused more heart attacks, conniptions, and fits of rage than any other barbecue phenomenon.

Now, it’s time for me to quit stalling and get to the facts.

What is The BBQ Stall?

As if it wasn’t hard enough waiting hours for meat to smoke, you have to deal with the cruel phenomenon known variously as “the zone,” “the plateau,” and, most famously, “the stall.”

So what is it? It’s exactly what it sounds like.

When a large cut like a brisket or pork shoulder is smoking at low temperature, it will invariably heat up to about 150F and then stop.

It doesn’t matter that the smoker is set to 225F; that needle or digital readout ain’t moving. Or, if it does, it may actually drop a few degrees. Where’s the panic button???

How Long Does The Stall Last?

That’s the worst part — it seems like it’s never going to end.

The length of the stall depends on the size of the meat and a host of other variables. Many first-time smokers lose their minds and crank the heat, or transfer to a hot oven, and never see the back end of a stall.

A brisket stall or pork butt stall can last anywhere from 2-6 hours, but 4 is about average.

So, what on Earth could cause food in a hot grill or smoker to stop heating up?

Why Does the Stall Happen?

There have been numerous theories put forward over the years as to why the stall happens. They range from simple physics to alien abduction. (Ok, not really.)

The most likely candidates seemed to be collagen changing to gelatin inside the meat, fat rendering into a liquid state, or denaturing proteins.

The basis for these theories? That each process is heat-activated, therefore, steals heat from the cooking process. Once the suspect process ends, the heat can then go back to cooking.

Those are all very nice, scientific-sounding postulations.

The Real Science of The Stall

What’s actually going on is surprisingly simple. Put in the most basic terms, your meat is sweating.

Of course, your meat is not trying to protect itself from the heat. It is quite dead. However, dead or alive, the physics are still the same. Moisture from the meat, in the form of retained water and other fluids, and liquefied fat, makes its way to the surface of the meat and evaporates in the heat.

The evaporation causes the surface of the meat to cool, or at least hold its temperature at a constant level, despite the higher temperature of the air inside the smoker or cooker.

Eventually, all the surface moisture disappears, and the evaporation/cooling process comes to an end. Then, and only then, will the temperature begin to climb again.

Here is a simple graph to illustrate the point. It’s not based on a specific cut or size but is a good visual representation of what’s going on.

Here we see the temperature rising steadily for the first couple of hours until about 150F. From there it levels out and holds for many hours. Once the moisture is gone and evaporative cooling ends, the temperature climbs again until it reaches our target in and around 200F.

Many factors contribute to the length of the stall. The size and shape (and hence the surface area) of the meat play a role, as does the internal composition of the cut. The humidity outside will also factor in, so you may experience shorter stalls on dry days versus sticky ones.

How to Beat The Stall

Now that you know what the stall is, you understand that it will pass every time. Fortunately, only the moisture closest to the surface is drawn out for evaporation. Deep inside the cut, proteins, collagen, and fat greedily cling to reservoirs of moisture. Even if you wait out the stall, you still won’t dry out your meat.

Unfortunately, it’s hard to know how long that might take, making it very difficult to set dinner plans. Plus, who wants to stand around waiting when you could be eating mouth-watering brisket?

Here are a couple of ways you can “beat” the stall and speed up your cooking time.

Texas Crutch must be one of the most famous terms in all of barbecue.

In a nutshell, the trick is to wrap your lovely meat in aluminum foil at just the right time, add a bit of fluid, and then stick it back in the cooker. (“I thought it was going to stall, so I let out the crutch!” You can use that one next time you’re looking for some grilling humor to amuse your guests.)

Of course, there’s a lot more to it than that. That’s why we have an entire article devoted to this critical topic. If you want to break away now and check it out, be our guest: A guide to the Texas Crutch.

Using pink butcher paper is a bit like performing a Texas Crutch. (Sounds like a line-dance move, doesn’t it?) Following the same technique, you pull the meat out of the cooker at the beginning of the stall, wrap it up, and put it back.

The advantage of butcher paper over foil is it can breathe. Smoke and heat pass through, imparting flavor and building up the bark.

It’s not going to speed up cooking time quite as dramatically as foil, so you won’t quite “beat” the stall with pink butcher paper. But you will fight it to a tasty draw. Wrapping in pink butcher will speed the time taken to get through the stall by quite an amount.

Most smokers lose plenty of heat and smoke to the outside environment. And if stuff is going out, that means stuff is going in, too. That includes moisture in the air.

If your smoker is tightly sealed (some electric smokers are pretty tight), you may experience considerably less stall than on a “drafty” cooker.

If you see obvious gaps in your smoker, you can fill them with gaskets and other high-temperature friendly products.

Be warned, though, that the results may be detrimental to the formation of bark on your meat.

The stall has been shown to be a low-temperature phenomenon that is unique to low ‘n’ slow cooking. You never see this happening during a medium— or high-temperature cook.

With that in mind, some chefs are cranking it up as high as 300-350F, far above the traditional brisket or pork shoulder temperature of 225F. Anecdotal evidence suggests that this completely negates the stall and dramatically speeds up cooking time.

Although I am a bit skeptical of this method for smoking, anything is worth a try once, especially for 4-hour brisket.

Nothing is Going To Stop Us Now

The key to solving any problem is first to seek to understand it. Ok, that sounds like it’s right out of some awful self-help book, but it’s true. Now that you know what the stall is, the next time it happens, you will expect it and won’t panic.

We hope this explanation of the stall and the tips for getting past it prove useful, and that you have many successful low ‘n’ slow sessions in your future!

Got any friends fighting the stall, or know anyone who is just getting into low ‘n’ slow barbecue? Be a pal and send them to this article.

If you’re in the sharing mood, please share your thoughts and stories with us in the comments below. Tell us what you like and don’t like about the site. Reveal your barbecue secrets. You can even suggest topics you’d like to see covered. We’re real people here, folks, and we’re always ready to talk to our readers!

Thanks for stopping by, and may the good ‘cues be yours.

The Stall — What is it? Why Does it Happen? How to Beat it

Smoker Water Pans — Why, When and How to Use One